Man oh man. The nightmares of all nightmare prep jobs! Behold this classic, vintage Asain style dresser made by Stanley. Originally it was done in that icky yellow. 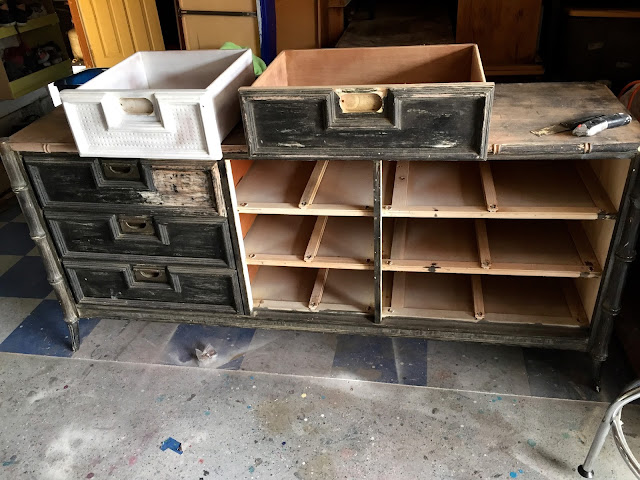 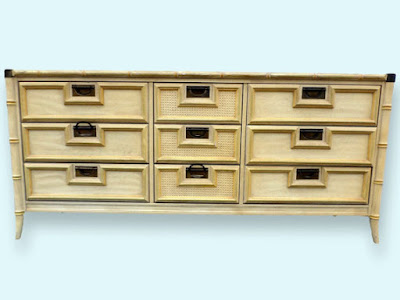 But some genius decided to throw on some black paint. Literally. Was the worst paint job, ever! 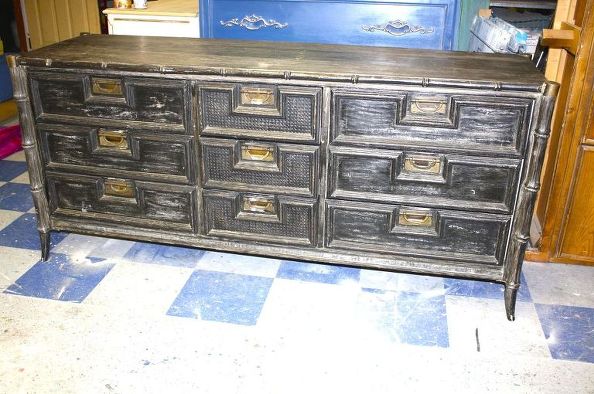 I thought with some sanding it would prep up easily enough. Uh, no. The top and sides were ok, but those drawers?? OMG. 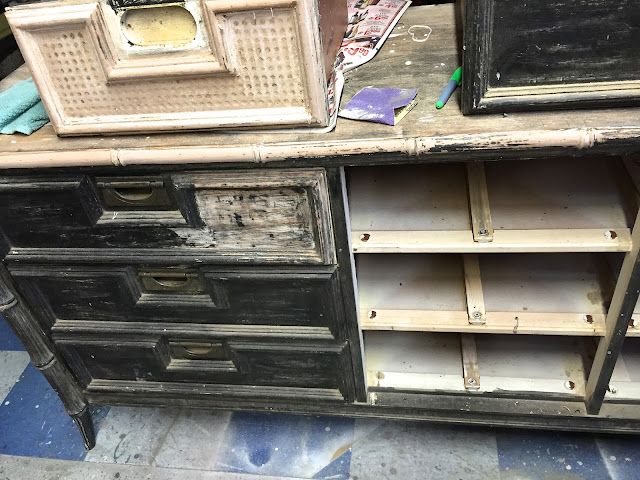 This was after applying a stripper and starting to scrape. The "wood" is actually some sort of resin type material that's hard, but crumples if you chip at it. This was beyond horrific. Seriously. Took me about 20 hours before I could even put a brush to it. This is why I don't buy painted pieces~! 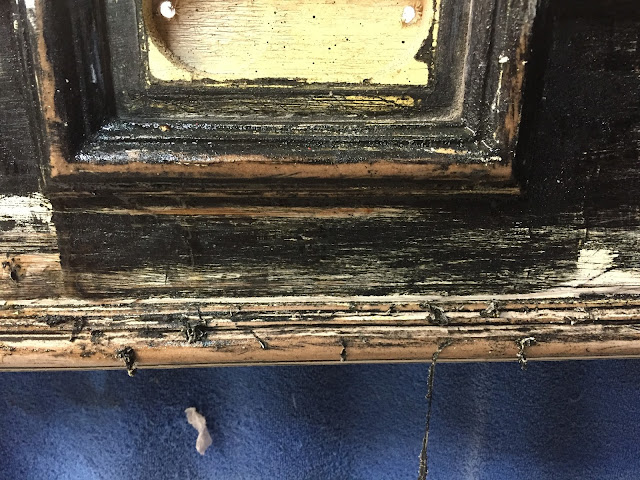 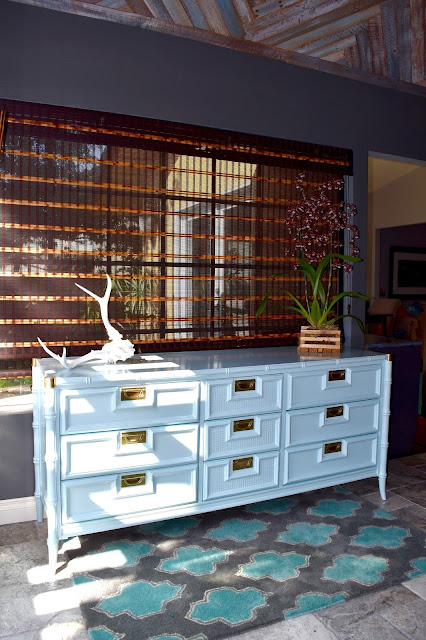 This piece was custom painted for a customer in Chicago. She wanted a Robins Egg Blue.

Beth@Makemeprettyagain
I've always loved working with my hands. Mosaics have been a fav pastime as well as wood finishing. Creating something beautiful out of the neglected is just so rewarding! The other half can build just about anything I can dream up. I bring it to life with the details. My addiction to paint eventually brought me to furniture painting. After seeing there were "others" just like me out there, gave me comfort! Finding old castaways on CL and making them pretty again just makes me happy. :) To contact me, email me at...... bicycleliz@yahoo.com

Etsy link for other items

Looking for something to purchase?? Please check out my Etsy page "FourAcesVintage"
ALSO,,,,attn: photo thieves,,,
My pictures belong to me. You may not repost them as your own. If you would like to post them, it must link back to me with my name. Yes you must get permission. Capish? Danke.